Hunt-Libby Special Project No. 1
An Opera in Four Acts by Sonny Probe

1. Bay of Pigs Veterans Clandestine Radio Goo Goo.
2. Launch of  the Prostitute Yachts in Baltimore Harbor.
3. Sirhan B. Sirhan, James Earl Ray and Pete Cosey.
4. To Put it Bluntly, How to Screw Our Political Enemies.

Yeah, We Jam on Wednesdays at this D.C. Modified Limited Hangout.

Cleaning Up Behind the Elephant.

Hunt-Liddy Special Project No. 1, the revenue generating and trademarked subsidiary product component wholly owned by the license holder (see Tab A, fn. 1), by which you have now irrevocably agreed to abide by reading this word, not that one, but this one, hah! made you read it, has created the attached 'original work' ('original work') so as to create an wholly spurious but facially justiciable claim on all of the thoughts, words and feelings of the Dramatis Personae and any rights held by their heirs and assigns and you too. Alea iacta est.

Operational Objectives: Emplaced tactical tangents will first create a verifiable cover as 'screenwriters' for an 'opera' titled 'Hunt-Liddy Special Project No. 1' through various 'underground' network dissemination channels and establish social and cultural  infrastructural oxyrhynchus where necessary to secure entrenchment. No ants will be stepped on. If cover is compromised, embedded operatives  will deploy Operation Beetle where they turn into beetles and crawl into an asphalt street to get squashed like bugs. If no large trucks come by, operatives will apply Operation Hydrofluoric Acid Facial Scrub and Sticking Your Head into a Giant Belt Sander Connected to a Blast Furnace Underneath a Nuclear Bomb so as not to compromise mission effectiveness.

Scene Two scopes out a bold and aggressive attack against enemies at home and abroad.

Scene Three shifts to a dark cellar DC club in 1968 as MLK and RFK are offed but Blind Willie Johnson is found miraculously alive, with a pen knife.

Scene Four counts the number of footsteps travelled up and down back stairways by couriers to achieve approval of the Enemies List and its operational actuator, Hunt-Libby Special Project No. 1.

Scene Five contains the music offered by a pick-up band in a decrepit Homestead, Florida dive bar at closing where the properly skilled anti-Castro burglars were located and enticed by Hunt to execute Special Project No. 1.

Scene Six is the Cuban-styled song and video game going through the burglars' heads as they ransack Dr. Fielding's psychiatric office in Beverly Hills, CA to find his file on Daniel Ellsberg, who sent the Pentagon Papers to the New York Times.

Scene Eight depicts the burglars' second entry into the Watergate to fix a faulty phone bug on June 17, 1972, getting busted by Watergate Hotel security officer Frank Wills, then getting hauled off, mug-shotted, finger-printed and having their 'pocket litter' examined, which included numerous $100 bills with consecutive serial numbers which the FBI traced to illegal, unreported campaign donations made to the CREEP.

This is intermission time, so please feel free to go into the lobby, mix and mingle with other generous SeasonSubscribers and enjoy the complimentary white wine and deviled eggs.

Scene Nine depicts Counsel to the President John W. Dean sitting in and stealing the show with Roger Miller at an invite-only CREEP event the night he realizes he is going to jail no matter what happens, so he might as well grab $4,850 in Hunt-Liddy hush money from his office safe to pay for his honeymoon and leave in its place a personal cheque.

Scene Ten is a rare binaural recording of CREEP chief of staff Jeb Stuart Magruder, feeling musically jealous of John Dean's boffo cameo with Roger Miller, whipping out some edgy home organ Samba riffs on the night he perjured himself to the Watergate Grand Jury.

Scene Eleven depicts a disturbing hallucinogenic dream that Sen. Edward Gurney (R-FLA) keeps having where he is back in his birth state of Maine giving an incoherent 'JFK' styled stump speech at Carthage Town Hall during Congressional Recess where the 10 elderly Grange members in attendance keep looking like chickens without heads.

Scene Twelve captures the musical mood when John J. Wilson, attorney for H.R. "Bob" Haldeman, calls U.S. Sen. Daniel K. Inouye (D-Hawaii) "that little Jap" on the steps of Congress. Sen. Inouye has no right arm. He lost it in battle in Italy during World War II. Good times were had by all.

Scene Fourteen is a wiretap obtained by the infamous 'double agent' from a now-legendary late night hootenany at John Mitchell's Manhattan apartment, where over numerous fifths of Dewar's, Mitchell rocks the mike Kingston Trio style at why Dean and Magruder need to stick to the plan, jail or no jail. A young and precocious Lee Atwater walks in halfway through the jam session with an ice bucket and his Gibson Flying V and lays down some 'hippy' guitar licks and goes all Steve Miller and Pharoah Sanders. Mitchell's third and fourth chins nod approvingly.

Scene Fifteen is a previously undisclosed closing concert given by U.S. Sen. Edmund Muskie to the Senate Select Watergate Committee where he brings out the Vinnie Vincent Invasion and the non-gay guy from Queensryche in an 'All Star Lite Metal Tribute to Roy Orbison and all those Other Old Fuckin' Rockin Dudes' to the Senate podium. During the tap bass solo, Sen Muskie forcefully argues for the President's signature on the U.S. Water Pollution Control Act Amendments of 1972, especially Section 401. He also seeks a Congressional Resolution where Geddy Lee is not allowed to say, 'Ladies and Gentlemen, the Professor on the Drums," anywhere in hearing distance of the international boundary of the U.S. and Canada along Lake Huron.

Scene Sixteen is a piano etude written by Hugo Black and performed by U.S. Chief Justice Warren E. Burger in memoriam to the recently deceased Chief Justice Earl Warren at the commencement of oral arguments in United States v. Nixon.

Scene Seventeen is the Greek Chorus of the Ghosts of Ed White, Roger Chaffee and Gus Grissom discussing with Congress the importance of the future of space travel to the United States as they lie burning to death like baked potatoes in aluminum foil in the Apollo 1 space capsule at Cape Canaveral in a pure oxygen atmosphere while Liddy and Hunt and Colson decided the Real Enemy was Black U.S. Representative John Conyers (D-MI).

The song "Truck Driver Divorce" (Scene 5) was written by Frank Zappa. The song "I Catch Myself Crying" (Scene 9) was written by Roger Miller. Fair use of these two songs is invoked since they are used herein as operatic and satiric vehicles to describe felonious crimes for which the culprits ultimately were convicted in federal court. Whether the real people involved in these felonious convictions actually sang these songs on karaoke night in Washington, D.C. in 1972-1973 has yet to be firmly established but might well could have happened. 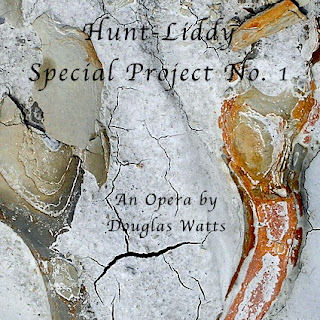 Posted by Douglas Watts at 3:48 PM

that was so fascinating

Something about Securities Lawyer

Thank you for sharing this article,I enjoyed reading it.
Look at Leviton Receptacles

Nice article, thanks for the information. You give me some idea's. I will bookmark for next reference.
Visit us Hail Damage Attorneys

I enjoyed reading this article. It gives knowledge to us. Thanks
Click Here Fishing Lodges Alaska visit site

Thanks For Sharing the wonderful article that's really helpful for my references.

Very best articles, I happy to read it, Beautiful nice and useful! Thank you very much.

Amazing blog post as always! I am very glad to see your post, I located what I was in search of here. Thank you!

thank you for sharing this its very interesting and i realy like it. keep posting more
Forum Cloud Contact Center