I proudly voted for Barack Obama last fall and built a giant 10 x 4 foot sign on the side of our house just before the general election.

But frankly, his decision to give no-strings-attached gobs of 100s of billions of dollars to the same billionaires who put this country into a deep recession and double digit unemployment and the highest foreclosure rate since the Great Depression was weak tea.

Unlike some of my friends and acquaintances, I am a Marxist. I believe in meritocracy especially as it applies to women and anyone who is considered ... err ... of non-white Anglo Saxon Protestant ilk, or someone who is gay. Meritocracy is supposed to mean what it says, not like Humpty Dumpty says in "Through the Looking Glass," whatever Humpty Dumpty means it to say at that particular moment.

I intend to live in a United States no longer stained by racism and sexism and homophobia; where the injured, old and unfortunate due to past insults going back years, decades or centuries are not kept down perniciously and considered underclass and are told to be glad for the crumbs "we" give them or the beatings will continue until morale improves. This is what my mother and father taught me the U.S. is supposed to be.

I do not buy into the idea that my self-worth is enhanced by the extent to which I can kick someone else with impunity. Nor is my ego so fragile that I feel threatened if somebody happens to make more money than me because of the career they have chosen. As a writer, I deliberately chose a path I knew would not make much money because I enjoy the freedom of not having to make money and fulfill all the demands that such a job entails.

I am at least a fifth generation native of Massachusetts and my family is from about 15 miles from Wrentham, where Senator-elect Scott Brown is from. I now live in Maine, a former colony of Massachusetts.

As a fellow Masshole, I'm not particularly pleased to learn Mr. Brown has been running around saying proudly that waterboarding a human being is not torture, when the U.S. Army Field Manual and the Geneva Conventions and U.S. law explicitly say that it is torture. Mr. Brown's statement speaks ill of his intelligence and morality or most likely both. It certainly does not demonstrate his understanding of the U.S. Constitution, suggesting that he fell asleep in his basic American History and civics classes in ninth grade. But hey, that's Wrentham for you. Maybe people were peeing too much in Lake Pearl when Scott was learning the butterfly.

I guess puffing up your collapsing, fattening white chest in one or all of your five houses and bragging about how you would like to torture children is the new "No New Taxes" that plays well among the mentally and morally out to lunch.

I'm just a stickler for details, but guys who brag about how torturing children makes their dick hard, and hope that saying it in public might make my dick hard, don't seem like the kind of folks I want peeing in my pool, even when I'm not looking, and even if I don't have a pool.

Scott Brown's is not the Commonwealth of Massachusetts Samuel Adams worked so hard to create:

"I am in Birmingham because injustice is here ... I cannot sit idly by in Atlanta and not be concerned about what happens in Birmingham. Injustice anywhere is a threat to justice everywhere. We are caught in an inescapable network of mutuality, tied in a single garment of destiny. Whatever affects one directly, affects all indirectly. Never again can we afford to live with the narrow, provincial "outside agitator" idea. Anyone who lives inside the United States can never be considered an outsider anywhere within its bounds.

You deplore the demonstrations taking place in Birmingham. But your statement, I am sorry to say, fails to express a similar concern for the conditions that brought about the demonstrations. I am sure that none of you would want to rest content with the superficial kind of social analysis that deals merely with effects and does not grapple with underlying causes. It is unfortunate that demonstrations are taking place in Birmingham, but it is even more unfortunate that the city's white power structure left the Negro community with no alternative."

In 1975, when my dad was about 39, he sat my brother Timmy and I down in our bedroom, closed the door, and told us about racism and the damage it caused. This happened when Ray, Mark and Derek Nichols moved to Easton. He told Tim and I exactly what Martin Luther King said in his letter from Birmingham Jail in 1963.

It's a room full of fact. You can't walk out.
Posted by Douglas Watts at 10:07 PM No comments: 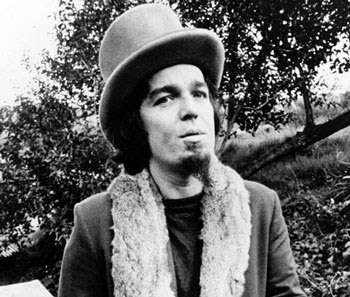 Growing up in North Easton, Massachusetts, my dad informed me at age 16 that I would have to work for him doing landscaping grunt work, like picking up sticks and brush and piling it up in the truck every summer to pay my way to college. He gave me $20 on Friday as spending money. I did this with my dad until I was about 21.

The bonus was he let me work while playing the radio in the truck at full blast. I used to listen to WERS-FM in Boston, the "Jazz Oasis" from 1-3 p.m. while I worked. It was bizarre jazz/fusion music from the Emerson College radio station in Boston. Totally noted out, bass-tapping crazy stuff like James Blood Ulmer and Jack DeJohnette. On the radio!

About the time I got done working with my dad, I bought a copy of "Trout Mask Replica" by Captain Beefheart and his Magic Band. There are two a cappella songs on it, "Orange Claw Hammer" and the "Dust Blows Forward, Dust Blows Back" that Don Van Vliet recorded in 1968 walking around in his back yard with a little cassette recorder, hitting the pause button as he made up each set of lines. I memorized these two songs and used to sing them while I piled brush for dad at peoples' yards on the west side of Brockton. They reminded me a lot of Sam Lightning Hopkins and Blind Lemon Jefferson.

At some point, I did a rendition of "Orange Claw Hammer" onto a cassette recorder.

When a Newspaper Does Good

My hometown of Brockton, Massachusetts has a large number of people of Haitian ancestry, whose relatives are now possibly injured or dead in their homeland.

For this reason, the editorial in today's Brockton Enterprise is well said and on the button. The Enterprise is a good, local newspaper.

"We can all help Haiti in some way."
Posted by Douglas Watts at 7:27 AM No comments:

We Must Stop Fascism at our Door Step

To force Corporations and taxpayers to pay for all children to attend school is Communism and Socialism combined.

This must be stopped.
Posted by Douglas Watts at 2:49 AM No comments: