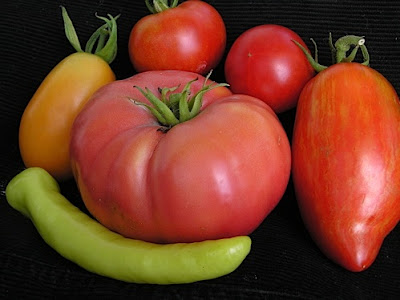 Some recent numerical and anecdotal data:

"Mr George Ball, chairman of W. Atlee Burpee, the country's largest seed company, said he has seen a 30 to 40 per cent increase in vegetable seed sales this year.

'I think the thing that tipped the scale was the fuel and food costs. This is a big deal for middle-class people.'"

Americans fed up with high produce costs turn to planting gardens
Posted by Douglas Watts at 9:19 AM 1 comment:

Supermarkets that aren't so cold from air conditioning that you need to wear a sweater. When that shit stops, we can talk about building nukes.
Posted by Douglas Watts at 11:11 PM 2 comments:

Why I Live in Central Maine 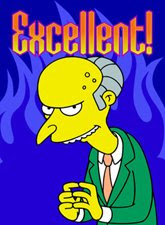 FARMINGTON, Maine - Creeping mold and mildew has slowly invaded the basement offices of the 1885 Franklin County Courthouse for the second time in three years.

The poor air quality and dank smell has now forced Assistant District Attorney James Andrews out of his private office and into a vacant desk in an outer room he now shares with his administrative assistant.
---

This is the type of high quality, unbiased, objective, thorough and professional journalism product that will save the Waterville Sentinel, Kennebec Journal and Portland Press-Herald from imminent closure.

The only thing missing is a guarantee by "state officials" that the fried dough won't make you fat and "everyone's a winnah" at the knock three bottles over game.
Posted by Douglas Watts at 6:41 PM No comments:

It's interesting to me that when a white man fucks up, that doesn't set male privilege back at all. They just find another white man to replace him. But somehow if a woman or an African American fucks up, that's supposed to harm all members of their group. Why is that?
Posted by Douglas Watts at 2:56 PM No comments:

I'm not much of a believer in conspiracy theories. I've seen up close and personal how wrong they were in the case of my old boss, Richard M. Nixon. He was not a criminal mastermind. He was not paying attention to a bunch of juvenile delinquent aides and they did him dirt. It was a case of an absent minded father, not a KGB plot.

The above is why Barry Ritholtz calls the act of uttering any particularly pungent untruth, Ben Steinery.
Posted by Douglas Watts at 6:03 AM 1 comment:

Dumb is where you find it

The news media have decided the entire issue of energy is drill offshore or not drill offshore. They have also decided that drill means cheap gas immediately and no drill means $10 gas forever. This is the story line and narrative and it is not open to revision or debate because Al Gore is fat and has a big house. Anything anyone else says outside of this box will be ignored or described as "waffling."

Cuz that's how the game is played.

"I'm all for offshore drilling -- as long as the first new wells are sunk just off Fisher Island, Hilton Head, East Hampton and Kennebunkport." -- Peter Principle.
Posted by Douglas Watts at 6:38 AM No comments: 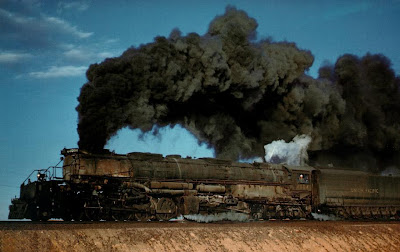 CHICAGO (Reuters) - If asked to close their eyes and think of a locomotive, chances are many people would conjure up the image of a noisy behemoth belching black smoke -- hardly the picture of an environmentally friendly industry.

Yet being a "green" transportation alternative to trucks is just what U.S. railroads are turning to as a marketing tool. 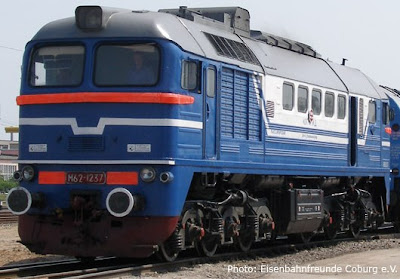 Note to Nick: trains don't belch black smoke any more than cars look like this: 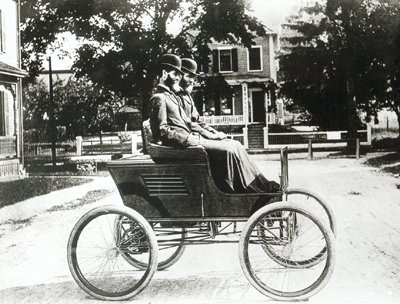 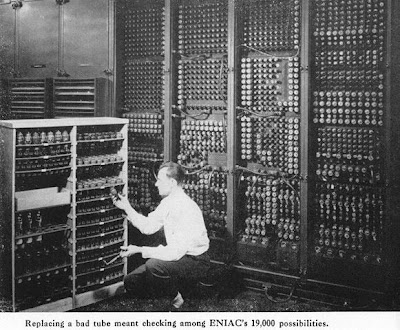 And airliners look this: 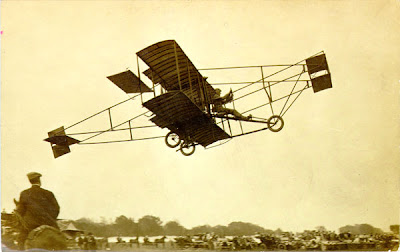 File this under "Reporter assumes readers are as uninformed as him."

Here is how the story should lead:

CHICAGO (Reuters) -- U.S. railroads have begun marketing themselves as a green transportation alternative to the nation's trucking industry.

Simple and not insulting to the intelligence of the reader.
Posted by Douglas Watts at 3:36 AM 2 comments:

Not sure how this hurts Obama


How many voters under 45 have ever even seen a Charlton Heston movie, and therefore "get" the joke?
Posted by Douglas Watts at 3:32 AM No comments:

Unclear on the concept 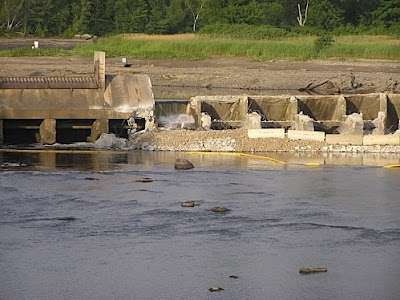 "I watched with sadness and confusion today, as workers continued to destroy the dam on the Sebasticook. I consider myself a dedicated environmentalist, but I can't reconcile eliminating a "zero carbon" hydropower generating facility so fish can swim a little farther to breed."

Because fish aren't part of the environment.
Posted by Douglas Watts at 2:13 AM No comments: